The Dunsmuir Museum has received, on loan, a Southern Pacific caboose pot belly stove from Mr. Steve Guido. His father, George Frank Guido, worked for SP for over thirty years. At one time Frank was the roundhouse foreman in West Oakland. 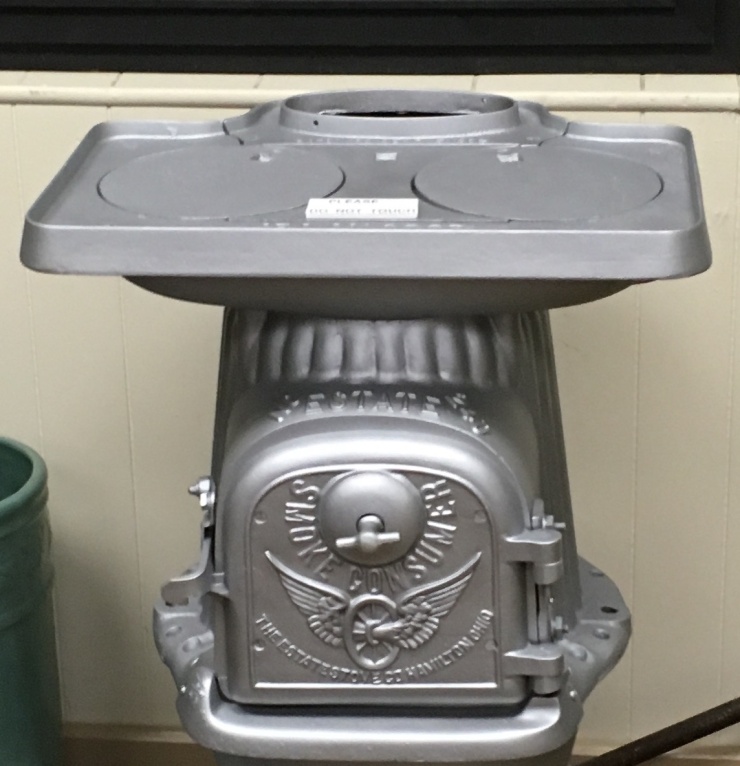 The pot belly stoves were coal fired stoves. (There was even a coal pile in Dunsmuir’s upper yard until the early 1980’s.) Some of the caboose stoves also burned “Presto Logs,” a wood product. In later years, the square stoves were called “Vapor Cabins” and were oil fired. These were on modernized cars or ones of later designs.
One story says that a good rear brakeman (in the caboose) always had three skills: one, being able to keep a good even fire going in the pot belly stove; two, keeping a good pot of coffee going; and three, being able to turn out a good pan of cornbread on the top of the stove. Didn’t matter much about his train handling skills as long as he could do those three things. Another story goes that if the headend crew had a rough start or stop, the caboose crew (conductor and brakeman) would be upset because it often caused the stove to tip over, possibly causing a fire, the coffee to spill, etc.

Phyllis Skalko, our PIE Lady, held two PIE Classes last year to take the mystery out of pie making. They were so successful that folks have asked to be put on the waiting list for this year’s PIE Classes. Please call Phyllis at (530) 235-0839 to put your name on the reservation list for the classes. Make a pie and have fun!